The 45th edition of the Paléo Festival Nyon will see major changes, marking a turning point in the history of the event. In preparation for the installation of the Nyon-St-Cergue train depot on its site, the organisation has been working for many months on a new urban development plan for the Asse plain and is now unveiling its new plans. For the 45th edition, festivalgoers will discover the biggest change in the development of the site since 1990. For the occasion, the Festival is determined to fully reaffirm its commitment to sustainability. The Festival vows to reduce its CO2 emissions by 25% from now until the 50th edition. 2020 will thus be the opportunity for a new start for the Festival, both in terms of the site itself and for its environmental policy.

The 45th edition of the Paléo Festival Nyon will be at a turning point in its history, as the project to install the new depot of the NStCM railway company (Nyon-St-Cergue-La Cure) was confirmed a few months ago. The construction of a new workshop-depot at l’Asse is about to begin and will bring about major changes for Paléo, the biggest change in the development of its site since 1990.

The arrival of this new neighbour has generated major problems, such as the loss of a plot to the northeast of the site, on which a logistics area was located. Consequently, two music stages, Les Arches and Le Détour, can no longer be maintained in their current form. In a more general sense, the entire urban planning of the northern part of the site has had to be reconsidered.

This forced reshuffle, which could have been considered as a constraint, was quickly seen as an opportunity to rethink the Festival. After many months of analysis, project studies and numerous working sessions, the organisation is now unveiling the new layout for the festival.

The Arches and the Detour stages, directly impacted by the changes, will give way to two new performance spaces. A new stage will be installed on a plot to the north of the site, with a capacity and line-up similar to the Arches. In a few days, festivalgoers will be able to participate in a poll to choose the name of this new stage. The second stage will be thematic and installed near the entrance of the festival, on the site of the current Arches stage. The contours and concept of this area will be unveiled in a second phase.

There are no plans to make major changes to the southern part of the festival site (Grande Scène, Club Tent) or to the Alpes, La Ruche and Village du Monde zones. 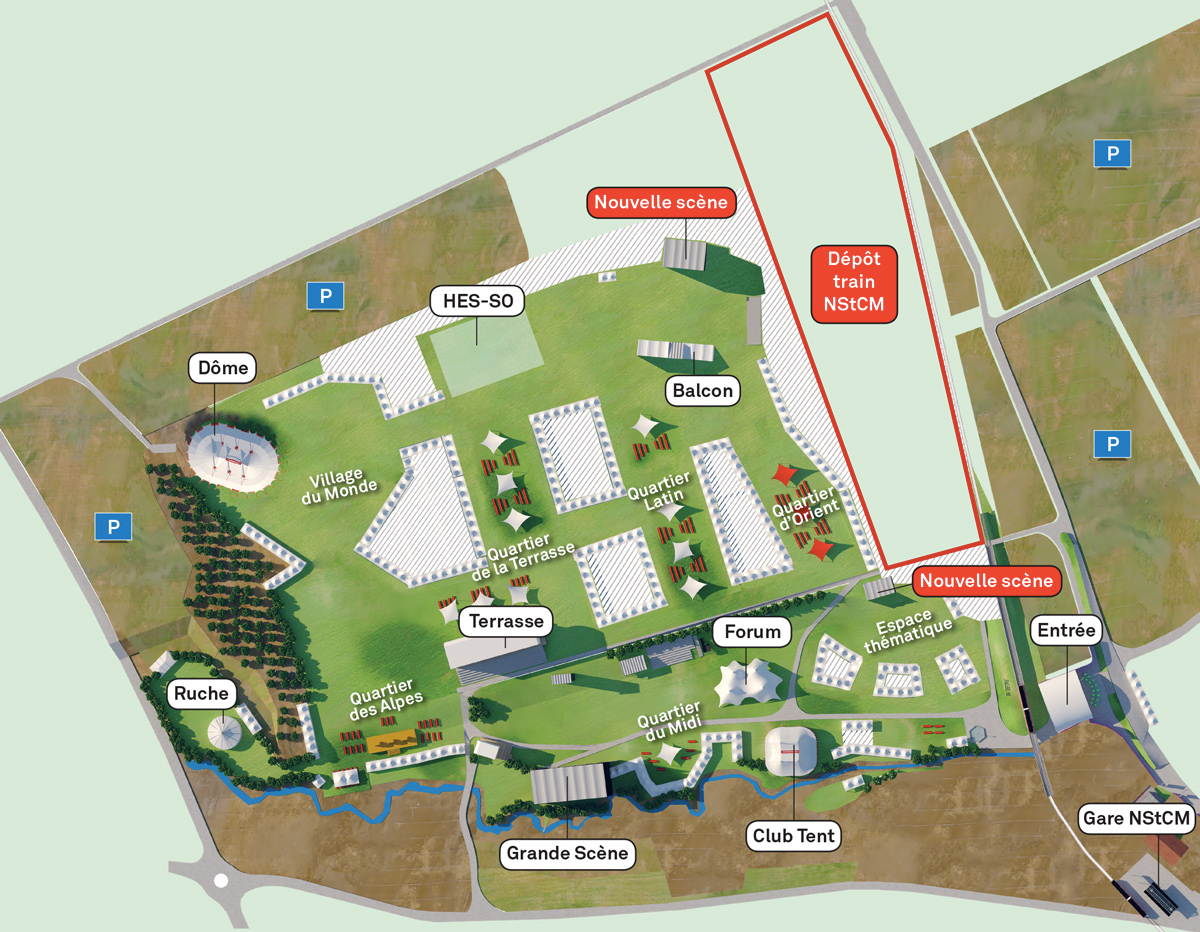 Turning a constraint into an opportunity

The area lost due to the installation of the train depot will be compensated by the rental of another area to the north of the current site. The festival site will thus be slightly bigger compared to previous editions. It should be noted, however, that the number of spectators will not be increased. Festivalgoers will thus benefit from a larger surface area, without any increase in their numbers. The plans have also been designed to limit interference between the stages, and also to reduce noise pollution towards surrounding villages. Redesigning this ephemeral city of 50,000 inhabitants is a magnificent challenge for Paléo. The Festival organisation is delighted to reveal the new plans to festivalgoers and looks forward to welcome them to this new setting next summer.

Paléo is committed to sustainability on its new site

Every summer, Paléo becomes the 3rd largest city in French-speaking Switzerland. Sustainable development has always been a priority for the Festival since the very beginning. It was therefore obvious that these urban planning changes offered a magnificent opportunity for Paléo to set new targets in this field. 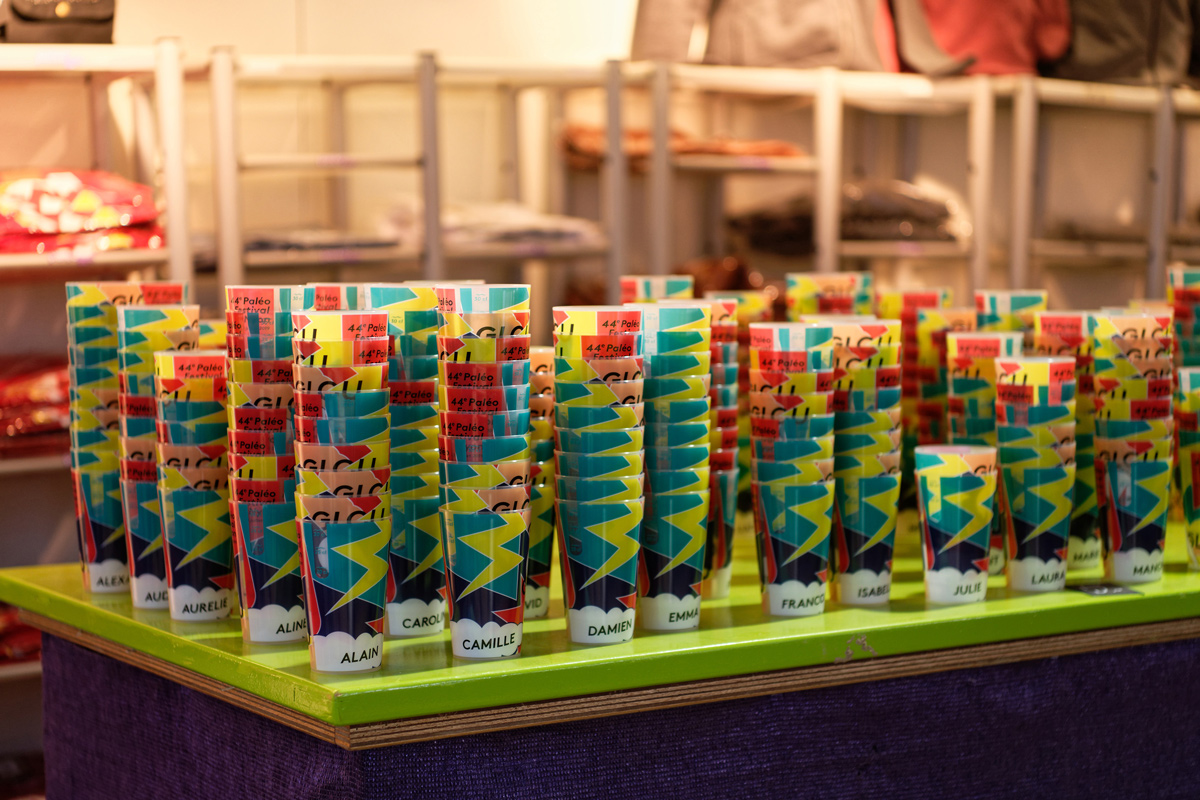 At its annual seminar, held in early September, the 130 people who make up the Paléo Arts & Spectacles Association reaffirmed their willingness and total commitment to this principle. Under the expertise of the Interdisciplinary Centre for Sustainability of the University of Lausanne, working groups examined current and future measures of the Festival’s environmental impact. Reducing the environmental impact was thus at the heart of the discussions. Several fields of action have been targeted, including transport, food, consumption, as well as land protection and biodiversity. These themes will now be further studied in order to define clear objectives and put in place effective measures. The aim will be to mobilize the organisation, partners and festivalgoers to continue efforts to reduce the Festival's environmental impact.

Decisions were taken at the end of the seminar, with the aim of translating the Festival's values into action and accompanying the evolution of public awareness. 2020 will mark a new beginning for the Festival, both in terms of urban planning and commitments for the protection of the planet. The first steps are as follows: